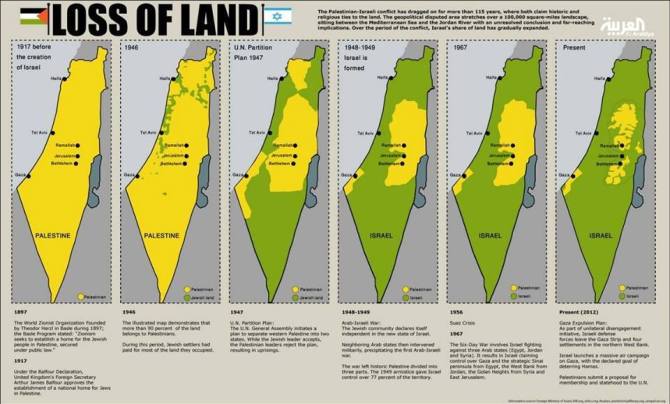 This series of maps shows the slow acquisition of Palestinian land by Israel over the last century, while some of those acquisitions are sanctioned by the international community (and are therefore recognized as legal appropriations) many more are the result of expansion of illegal Israeli settlements and the attempts by the Israeli government to protect their illegal settlers and “their” property….

One thought on “Appropriation of Palestinian land….”