The Medieval City – discuss the form and function of the buildings and urban layout that is represented in these images. 500 words or more… 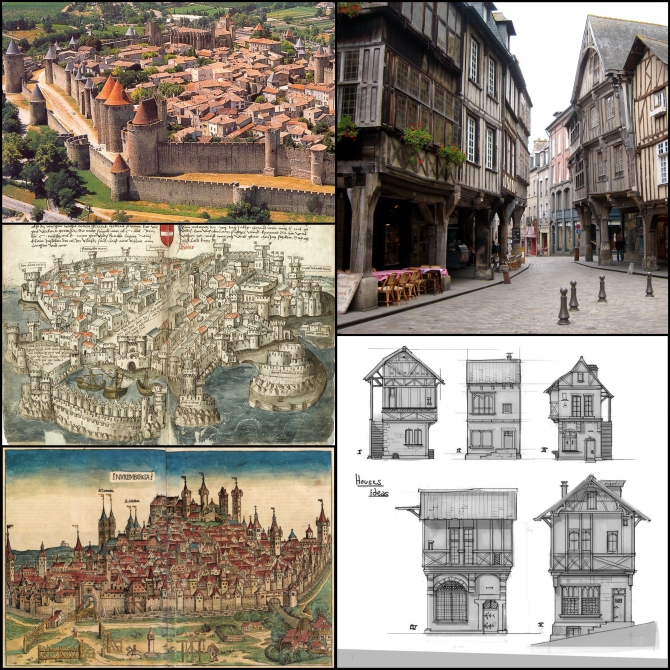